The Ben Bernanke Prize in Financial and Monetary Economics

Congratulations to Simon Schmickler, Ph.D. candidate, the winner of the 2021 inaugural Ben Bernanke Prize in Financial and Monetary Economics.

Each year in April, the Bendheim Center for Finance awards the Ben Bernanke Prize in Financial and Monetary Economics to an outstanding Princeton Ph.D. student (or students) who have written an outstanding draft of a “job market paper” for the subsequent academic job market in the fields of finance or monetary economics. 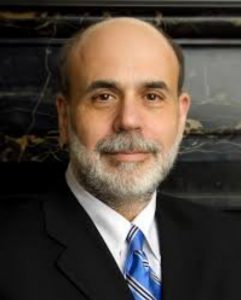 The prize is named in honor of Ben Bernanke, who as Chairman of Princeton’s Department of Economics established the Bendheim Center for Finance. During his distinguished tenure at Princeton, Bernanke shaped Princeton and taught at the graduate and undergraduate levels.

Bernanke’s research interests are wide-ranging and have included macroeconomics, finance, monetary economics, and economic history. He is one of the founders of the field macro-finance and is best known for his work on the Great Depression and financial accelerator literature. During the Great Recession and the Global Financial Crisis he was at the helm of the U.S. Federal Reserve and was instrumental in developing new policy tools to restore liquidity to financial markets, stabilize the banking sector and help the economy recover. He was also essential in establishing the inflation targeting framework, both intellectually and in the real world. Bernanke received numerous academic and civil awards.

Students interested in learning more about the Ben Bernanke Prize should speak to a faculty member or the director of the Bendheim Center for Finance.